The St. Johns County History Fair was held last month at First Coast Technical College (FCTC). All of the projects were impressive, and I was so pleased to see the in-depth study and hard work that went into them.

Theresa Le and Anoushka Patel of Switzerland Point Middle School won top honors for their project, “3 … 2 … 1 … Blast Off to the Space Race: John F. Kennedy’s Influence in the Start of the First Space Program in the United States” which was awarded the Overall Most Outstanding Project. Theresa and Anoushka explained, “John F. Kennedy’s motivation to assemble the country together and his confidence in the potential of the American people to accomplish anything that may seem impossible, inspired us to form our topic around Kennedy and the influence he had on the start of the first space program.”  They were each awarded a $75 check by the St. Augustine Historical Society.

The SJCSD History Fair featured approximately 100 projects representing 150 participants. This year’s theme was “Taking a Stand in History.”  Students in grades 6-12 from six middle schools, one K-8 school and four high schools conducted research using primary and secondary sources on related topics. After analyzing and interpreting the information they have gathered, students express their findings in a paper, exhibit, performance, documentary or website. They may work individually or in groups of up to five members except in the historical paper category, which is open only to individuals. Students’ entries are judged in two divisions—junior (grades 6–8) and senior (grades 9–12)—during the various levels of competition. First- and second-place county winners in each category and division advance to the state contest.

Theresa and Anoushka will be joining 22 other students representing seven schools to compete in the State History Fair scheduled for May 7-9 in Tallahassee. First- and second-place state winners in each category and division earn the right to represent Florida at the National History Day competition in College Park, Maryland in June.

I look forward to recognizing both Theresa and Anoushka at the upcoming School Board meeting on April 11.

The IT Department completed the version upgrade of BusinessPlus last month.  This upgrade brings more functionality to District BusinessPlus users.   System performance has also been improved.

Some of the new features include:

Thirteen schools have been selected for wireless upgrades this school year.  These upgrades include new high-speed cabling, new GB network switching and new high speed wireless 802.11ac access points for classrooms.  Because this project covers three technology areas and multiple schools, it is slated to take most of this school year to complete.   Here are the schools on this project list:

The IT Department completed the version upgrade of eSchoolPlus last week.  This upgrade brings more functionality to School Admin users and does not affect Teacher Access Center (TAC).   One of the largest improvements is the improved interface and capability to perform a key word search to find menu items and student detail.  If you are a school administrator who uses eSchoolPlus and has not received training on this upgrade, please contact the eSchoolPlus IT team.

The annual American Youth Character Awards Banquet will be held Thursday, April 27 at 6 p.m. at Anastasia Baptist Church. This event recognizes high school juniors and seniors throughout the county who have been nominated by their schools for displaying the Six Pillars of Character — Trustworthiness, Respect, Responsibility, Fairness, Caring, Citizenship — in their daily lives. In addition, two students will be awarded special scholarships, the David Macaulay Mathis Memorial Pursuing Victory with Honor Award for displaying character on the athletic field and the Tucker McCarty Memorial Scholarship for exuding good character in an effort to make the world a better place.

The St. Johns County Elementary Science Technology Engineering and Mathematics (STEM) Fair will be held at Palencia Elementary School Saturday, May 13.  The purpose of this event is to encourage and celebrate student interest in STEM, with the primary goal to promote student use of these subjects to solve real-world problems.  Student representation will be decided at the school level.  Teachers, parents, administrators, and community members are welcome to attend. 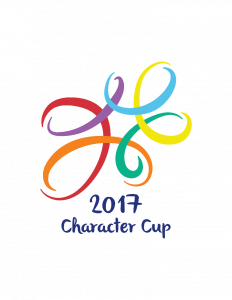 The 2017 Character Cup brought together parents, teachers, administrators, school mascots and community members who came out to support these hard-working students. While all of the students were winners, PVPV/Rawlings Elementary School collected the most points overall, earning the privilege of displaying the Character Cup Trophy at their school during the 2017-2018 school year.

Special thanks to all of the teachers, volunteers, and community members who helped make this year’s Character Cup a special day to remember for all participants!

Filter News by Type of Media